I’ve been dying to post these photos of our girl!!! If you’ve read much about Karma, you know she has fecal and urinary incontinence.  We’ve always had our dogs in the house and it’s been horrible not being able to let our sweet baby hang out with us inside all the time. Well, of course I knew they had those throw away doggie diapers at the pet store but they’re so expensive and only good for a one time use.  But a few Google searches later and yup, who knew – there are the cutest array of washable doggy panties / pants out there?!?!?!

Ok, so the first attempt to purchase was a disaster. Checked out the measurements on Ebay, carefully double checked with the measuring tape on Karma…  ordered a LARGE. Purchase arrived from China three weeks later.

GAH! THE CUTENESS!!!!!!!!!!!!! Also ordered a large in these, and yeah, they are a smidgen too big, so I’ll probably end up ordering a medium too, but we’ve already had a poo “accident” while wearing them and it was all perfectly contained. YAY! SUCCESS!!!!! And even better – HOUSE FREEDOM!!! 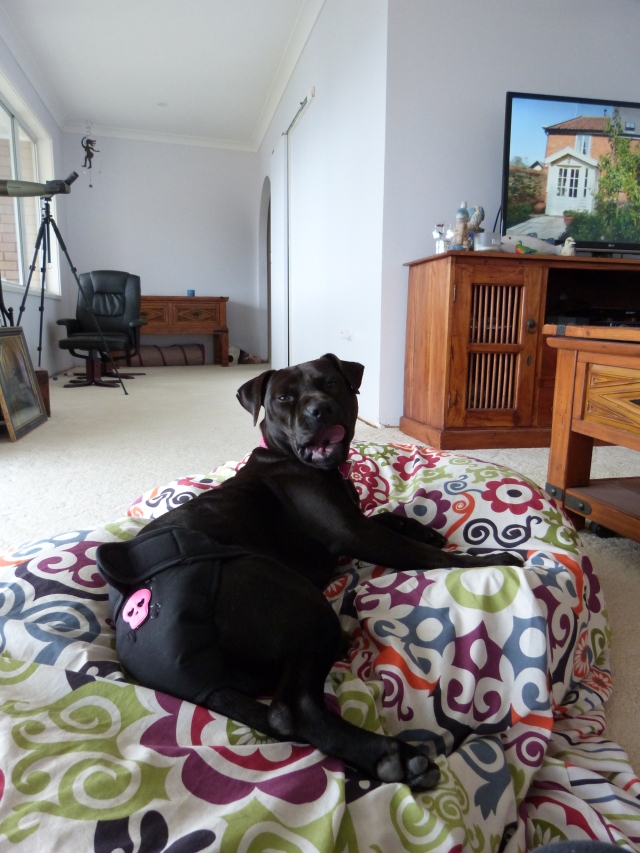 Karma is feeling a tiny bit self conscious, so any words of encouragement you may have would be wonderful and we’ll be sure to share with her!